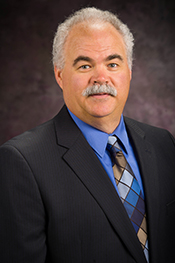 Steven M. and Kay L. Theede Chair in Engineering
Director of the Institute for Environmental Research

Research
Dr. Eckels runs the Institute for Environmental Research. His research focuses on multi-phase flows, heat transfer and design and analysis of thermal. As Director of the Institute for Environmental Research these research interests have been focused on studying the human interface with the built environment and the systems that make that environment sustainable. One of his primary interest is in modeling the heat transfer, mass transfer and fluid flow that occurs in and between the human body and surrounding environment. This includes developing detailed numerical shaped thermal models of the body. He also works on developing techniques for measuring the thermal properties of clothing, sleeping bags and personal cooling systems. This includes active research programs with sweating guarded hotplate, adult articulated sweating thermal manikin and new child sized manikin.

Extending the concept of thermal systems Dr. Eckels also studies building systems and how efficient and sustainable heating and cooling systems can be developed for buildings. His Ph.D. work in two-phase heat transfer of new refrigerants has extended to many projects on design, implementation and performance of new refrigeration system including system that use new Low GWP working fluids. Dr. Eckels is one of the leaders in the development of a new thermodynamic cycle based on sonic multi-phase flow. The scope of this work includes evaporation, condensation and single phase heat transfer characteristics of cooling and heating fluids.

Dr. Eckels work in solid gas multi-phase flows has been applied to air quality and particulate matter in the build environment and in transportation systems. This includes the characterization, control and capture of particulate matter in the environment. Interesting examples includes studying the particulate buildup in HEPA filters of aircraft for incident forensics and the development of ASHRAE 52.2 filter certification systems for Industry. Recent work has focused on Bio-containments systems for BSL 3 and BSL-3 Ag systems level facilities. Dr. Eckels was recently named to the Biosecurity Research Institute (BRI) Research Fellow Program in May of 2016.

Academic Highlights
Dr. Eckels has authored 69 peer reviewed publications which has resulted in over 850 citations and an H-Index of 15 according to Google Scholar. Dr. Eckels has directed 6 Ph.D. dissertations and 18 master thesis students. Dr. Eckels is an active member of ASHRAE, ASME, and SAE. Dr. Eckels has served as Chairman, Research subcommittee chair, program chair and handbook subcommittee chair for many ASHRAE technical committees. Dr. Eckels was the first recipient of the ASHRAE New Investigator Award (January 1995) and in 2014 received the ASHRAE Distinguished Service Award. Dr. Eckels has received the James L. Hollis Award for Excellence in Undergraduate Teaching (2003), the President's Award for Excellence in Undergraduate Teaching (2004), and the Myers-Alford Memorial Teaching Award in 2014. He has also won two Faculty Appreciation Day Awards for Outstanding Leadership by a Faculty Member awarded by the Student Advisory Council for the College of Engineering (April 2005 and November 2005). Dr. Eckels has also received the Outstanding Educator Award, Mechanical and Nuclear Engineering Department (Spring 2006).