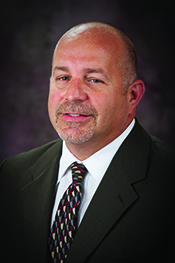 Professor Greg Spaulding received a B.S. Degree in Mechanical Engineering from Kansas State University in 1980. From 1980 to 1983 he worked at General Dynamics and was assigned to Mechanical / Hydraulic System Analysis, specifically involved in working on the update of the F-16 fighter aircraft. In 1983, he returned to Kansas State University where he received a MS Degree in Mechanical Engineering in the area of Automated Control Systems. Upon completion of this degree he returned to industry, working as a Research Engineer at Houston Instruments. Where he was intimately involved in the development of a digital control system for the new generation plotters, and received a patent for his work in development of a tensioning system for belt drives. After four years at Houston Instruments Prof Spaulding returned to Kansas to pursue his dream of starting his own company, this dream resulted in the company, ScriptPro. Spaulding cofounded and served as President and Head of Engineering for this start-up. The company developed an automation system for pharmacies that is currently used worldwide. For this work he was awarded a patent. After the sale of the company in 1996 Spaulding took a teaching position at Kansas State – Salina in the Mechanical Engineering Technology Department where he taught for twelve years rising to the rank of Full Professor before transitioning to the Manhattan Campus in 2007. Professor Spaulding is also a Registered Professional Engineer in the State of Kansas.